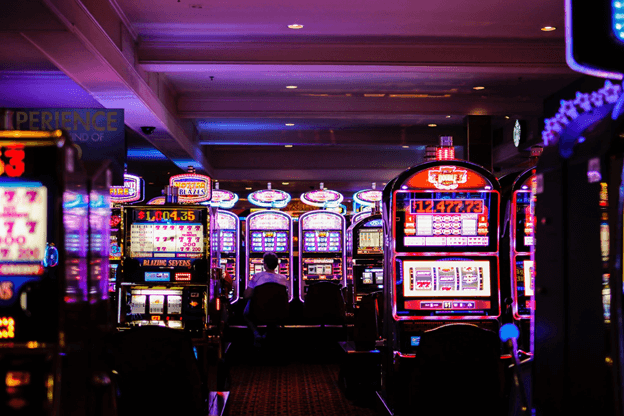 Slots Winning Odds: What Every Single-Player Needs To Know

If you are only newly venturing into the world of slots, it’s important to understand slot-winning odds. Certain slot games present much higher odds of winning than others.

What Are The Odds?

The world of slot games can sometimes appear to be more complicated than it actually is. In any modern-day slot machine, the odds of winning depend on whether or not you can manage to hit a certain combination of symbols or a particular symbol. This, in turn, depends on just how the virtual reel has been set up in a particular slot game.


How Does The Virtual Reel Work?

In a modern-day slot machine, everything works via a computer. The virtual reel works with the help of a computer, which uses a step motor to turn it. The reel stops at certain points that are predetermined by the machine. It is the computer that decides where exactly the reel will stop.

However, this does not imply that the slot games are pre-programmed to pay at certain times. There is a Random Number Generator (RNG), which ensures that every single pull of the reel stands an equal chance of getting a payout and of hitting the jackpot.

Here are the typical steps of a virtual reel:

● Each time you or someone else turns on the slot machine, the RNG will give out whole numbers many times each second.

● When you press the button, the computer will record a few of the numbers from the RNG.

● These numbers go through a program, which, in turn, determines just when the reel will stop.


What Is a Weighted Slot Machine?

Understanding how a virtual slot machine works will better help you understand slot-winning odds. Typically, in a weighted slot machine, the jackpot stop that pays the most for each reel will correspond with a single virtual stop.

Some slot machines have a much larger jackpot. Here, the virtual reel might even have a lot many stops. In this case, your odds of winning the jackpot will be much lower. Because the slots are weighted, you will have a much greater chance of winning on the first and second reel rather than on the third reel.

All of this is actually meant to give you the false impression that you are winning so that you are encouraged to continue playing and spin the reel over and over again in your attempt to keep winning.


What Are Blank Stops?

It’s obvious that you won’t hit the jackpot each time you spin the reel. There will be many blank stops where you will lose and will not have any jackpot to obtain. In fact, you will most likely hit the ‘blank spots’ below and above the jackpot image rather than the actual jackpot image.

As such, as a player, you will always be under the impression that you ‘just missed’ or that you almost made it. This will encourage you to keep going on and keep gambling, thinking that since you almost made it, it shouldn’t be all that difficult to make it again, if you just spin.


What About The Payback Percentage?

Every slot machine is designed in a way that allows you to achieve a particular payback, and this depends on the payback percentage. This percentage refers to the percentage of money that you put into the slot that is ultimately paid out to you or other players as well.

This is because casinos also need to be competitive. They need to offer enough to the players that will help keep them; otherwise, players might just end up opting for some other casino. Of course, a player will only value a casino that pays back well enough. If the casino isn’t giving back, there certainly isn’t enough motivation to keep playing.


It’s All About the Odds

For any slot machine, the odds will be built into a program on the slot machine’s computer chip.

Typically, the casino itself has no way of changing the odds that have been fed into this computer chip. That is, the casino can never ‘tighten up’ a machine by itself. Neither can a machine loosen up by itself.

This means that just because you play for longer, does not mean that you will be more likely to win more. The computer inside the slot machine will pull up a random number, and so you will technically have the same exact chance of hitting the jackpot each time you spin the reel.

The machine itself will never be ‘ready to pay’ as is sometimes believed.


Paylines are Important Too

Each time you decide to play slots, you will have dozens and dozens of gaming options. For example, different machines have different reels, numbers of reels, and also pay lines.

This guide should be enough to get you started on the road to understanding slot-winning odds. So before you log on to the online casino, read up on your odds of winning here first!